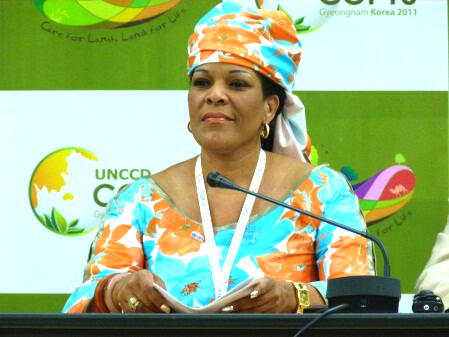 There are a lot of people, who go hungry, and yet there is land they could be utilizing profitably. It is part of my obligation to learn about the land and how it can be better utilized.

Deborah Fraser, or Debs as she is popularly known in music circles, is regarded by many as a South African gospel superstar, a title she resists. "People make me a superstar and treat me that way. But I am not a superstar. I just regard myself as an ordinary God-fearing person". Her debut album, Abanye Bayombona, was dismissed by some in the music industry. It went on to become a multi-platinum seller in a year. 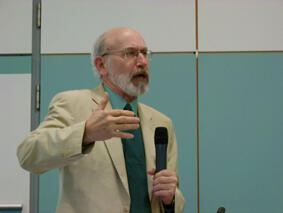 I will, in particular, hope to contribute to the Secretariat's efforts to highlight the role of agroforestry, evergreen agriculture, and farmer-managed natural regeneration as critical opportunities for making vast progress on the ground in the regeneration of healthy farms and ecosystems.

Dr. Garrity was ICRAF director general between 2001 and 2011. Previously Dr. Garrity was the regional coordinator of our Southeast Asia Programme, based in Bogor, Indonesia. He led systems improvement research in the humid tropics of the region to develop and evaluate agroforestry alternatives to slash-and-burn agriculture, and conducted research on the development of conservation-oriented agroforestry systems for sloping uplands. He has been active in the development of institutional innovations related to farmer-led organizations in sustainable agriculture and natural resources management.

I am humbled and honored to be called upon to serve as a Drylands Ambassador for the Convention.

Miss Lopes was crowned Miss Universe 2011 in São Paulo, Brazil, on September 12, 2011 after beating 88 competitors. Prior to being crowned, Miss Lopes held the title of Miss Angola Universe and was active with various social causes in her country.She worked with poor children and the elderly, as well as helped educate the Angolan community about HIV/AIDS.

There are many human lives at stake. While many countries fight against desertification, we must be all united to support them with all our energies. I am very proud to add my humble help to this cause.

Carlos Marchena currently plays for the Spanish Club Villarreal as central defender and set a world record of 50 successive international appearances without defeat when he played in the 3-2 win against Saudi Arabia in May 2010. On the international front, Marchena first appeared for Spain in the youth squad, winning the 1999 FIFA World Youth Championship. He was also on the roster for the 2000 Olympic U-23 squad, and won the silver medal. As part of the Spanish team, he is now champion of Europe and champion on the World, as winner of the UEFA European Football Championship, held last 2008 in Austria and Switzerland, and the 2010 FIFA World Cup, held last summer in South Africa.

Jeffrey Sachs, Economist and Director of the Earth Institute

Drylands are absolutely in the front line of the most vulnerable position with regard to global anthropogenic climate change, not in the future, but now.

Dr. Sachs is an American economist and Director of The Earth Institute at Columbia University. One of the youngest economics professors in the history of Harvard University, Sachs is known for his work on the challenges of economic development, environmental sustainability, poverty alleviation, debt cancellation, and globalization.

Pedro Verona Rodrigues Pires was born on the Cape Verdean island of Fogo in the district of St. Filipe on 29 April 1934. He attended elementary and secondary school in St. Filipe and Praia finishing his secondary education in St. Vicente.His childhood was marked by the severe droughts and famine Cape Verde suffered in the mid--‐1940s. In 1956, he left Cape Verde to attend university at the Lisbon University of Sciences, however he was unable to finish as he was summoned to serve in the Portuguese Air Force.

He decided to leave Portugal in 1961 to take up the cause of Cape Verdean independence as a member of the African Party for Independence of Guinea and Cap Verde (PAIGC) He worked to garner support for the PAIGC amongst Cape Verdeans in Senegal and France and moved up the ranks of the party.

After Portugal’s left-wing Carnation Revolution resulted in a change of government, the stalled de‐colonization agenda gained new momentum with Pires as a leading figure.Later, a coup and ensuing civil war in Guinea‐Bissau would result in a split within the party, and Cape Verde pursued its goals separately from Guinea‐Bissau under the African Party for Independence of Cape Verde (PAICV).

Pedro Pires was appointed Prime Minister by the Parliament of the newly formed country in 1975, and began pushing for democratic reform in the 1980s. He held this post until 1991, when he lost the first multiparty election to Carlos Veiga of the right‐wing Democracy Movement Party.

He remained active in the PAICV party and was elected President of Cape Verde in 2001.

In November 2001, after leaving the Presidency he won the Mo Ibrahim prize for good governance in Africa.