Public personalities play an ever-important role in advancing sustainable development issues. Some raise public awareness about the challenge of land degradation, desertification and drought. Others are drawing the attention of decision makers and other stakeholders to the importance of placing land use planning and management and ecosystem restoration in policy agendas. Highly regarded UNCCD Land Ambassadors can draw even greater attention to the issues promoted by the UNCCD and provide the impetus needed to fully implement the objectives of the UNCCD 2018-2030 Strategic Framework.

The objective of the UNCCD Land Ambassadors programme is to raise public awareness about the work of the Convention and inspire the public and decision makers to take practical and policy action to address to achieve land degradation neutrality by 2030 and the related Sustainable Development Goals. The programme is also aimed at reaching specific target groups such as youth, children and women.  Empowering women and achieving gender equality is an integral part of the message that Land Ambassador will carry forward. 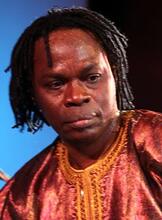 Baaba Maal is a world-renowned singer from Senegal. He has recently loaned his unique voice to the sound track of the international blockbuster Black Panther that won an Oscar and a Grammy Award for its music score. For over 15 years, he has been committed to various development challenges in Africa. 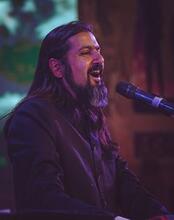 Ricky Kej is known internationally as a music composer, No.1 artist on the US Billboard chart and a Grammy Award winner. Rickey composed the COP14 anthem on land. He is committed to creating awareness on environmental and social causes and is now focusing on land. 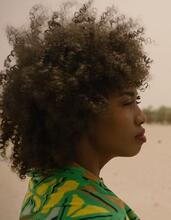 Inna Modja is a Malian actress and singer who appeared in the Great Green Wall documentary, making an extraordinary journey along this new world wonder. Inna is among young people who are changing the narrative of the Sahel. Her music, energy, commitment and humanitarian work resonate with audiences worldwide. She says that it is her hope that the Great Green Wall will continue to grow, allowing all who live around it to coexist in peace, health and safety.

Liu Fangfei is a Chinese national, born in 1977. She holds an Executive Master of Business Administration degree from the Guanghua school of management of Beijing. Ms. Liu is a well renowed professional TV presenter in China. In her career she hosted several big TV shows , galas and events. Fangfei is aslo deeply involved in noumerous charity activities and serves as good-will ambassador for many organizations.

Her current campaign "Fangfei Green Handkerchief Initiative" aims to protect land resources and reduce deforestation by encouraging public to use and reuse handkerchiefs. More about her activities here.

Desertification is one of the most severe and most serious problems we are now facing. We are trying to stand up in action in preventing and combatting decertification. We are dedicated and devoted and determined to do every effort to prevent desertification.

Born in 1938, Amb. Kwon, a national of the Republic of Korea, is a lawyer by profession. He has served in various diplomatic capacities in Australia, China, Japan, Myanmar and the United States. His exceptional achievements earned him both the Red (1979) and Yellow (1992) Orders of Merit for Excellent Civil Service and the Order of Merit for Outstanding Diplomatic Performance (1987) from the Government of Korea. In 2008, he received the Distinguished Alumnus Award from the University of Pittsburgh in the United States, the second such award to a foreigner, and holds the 2nd Annual Award of international cooperation for North East Asia, sponsored by the Association of the North-East Asia Community and supported by Ministry of Unification and the Daily Economy Newspaper. Amb. Kwon has also served as Invited Eminent Professor at Myungji University, Korea, and Professor Emeritus at Luo Yang University, China.

Upon retirement from the civil service, Amb. Kwon founded Future Forest  to raise awareness on the issues of desertification and yellow dust storms, to promote the participation of young people in environmental activities and to establish friendship among youth all over the World. In 2005, he began constructing the “Korea-China Friendship Great Green Wall” made of natural forests in order to, what he calls, "tame the yellow dragon", or the encroaching desert sands.

His goal is to plant one billion trees in China’s Kubuchi Desert to demonstrate that degraded land can be reclaimed, and to provide a research site on reclaiming degraded land. The Great Green Wall is already taking shape, with a 70 percent success rate in tree planting.

Portrait of the week: Inna Modja

Portrait of the week: Ricky Kej