Droughts are one of the most feared natural phenomenon in the world; they devastate farmland, destroy livelihoods and cause untold suffering. They occur when an area experiences a shortage of water supply due to a lack of rainfall or lack of surface or ground water. And they can last for weeks, months or years.

Drought puts livelihoods and ecosystems at risk and, in extreme cases, can trigger famine, displacement and conflict.

Sixty per cent of all deaths caused by extreme weather events are caused by droughts, even though they represent only 15 per cent of natural disasters1. Between 1998 and 2017, droughts caused USD 124 billion in economic loss2 globally.

Yet, despite the fact that 70 countries in the world are regularly affected by droughts, in 2013, only three countries had comprehensive action plans.

Making everyone resilient to drought is a core mandate of the UNCCD. Thanks to our efforts, the number of countries that have prepared drought action plans has now risen to 60, while another six countries are in the process of  developing such plans.

In 2018, to help address this challenge, we established the Drought Initiative. The Initiative is based on the premise that the impact of a drought is not determined solely by the severity of the drought, but by the ability of communities and countries to anticipate and prepare for it.

Our goal is to promote a decisive shift in drought management, one that moves from being reactive and crisis-based to a proactive approach; one that prioritizes prevention and preparedness and is rooted in a green recovery.

The Drought Initiative focuses on:

Leading up to 2030, UNCCD will focus on improving the resilience of vulnerable populations and ecosystems by assisting socially vulnerable and poverty-stricken communities to recover from natural and human-made disasters.

A central part of the Drought Initiative is the Drought Toolbox which countries can use to develop and strengthen their national drought plans. The Toolbox developed by the UNCCD, together with its partners (including the Food and Agriculture Organization of the United Nations, Global Water Partnership and World Meteorological Organization), features a number of technical and policy options.

The tools can be used to assess drought vulnerability and risk, and prioritize feasible drought mitigation intervention measures. It contains case studies and other resources, such as 14 validated national drought plans, that stakeholders can use to design and implement their own national drought plans.

Another key component of the Drought Initiative are the regional strategic frameworks which the UNCCD is helping countries to put in place. The frameworks will guide long-term objectives in developing technical and institutional capacity to manage drought. This includes data sharing, early warning, monitoring, vulnerability and impact mapping, as well as drought risk mitigation measures. 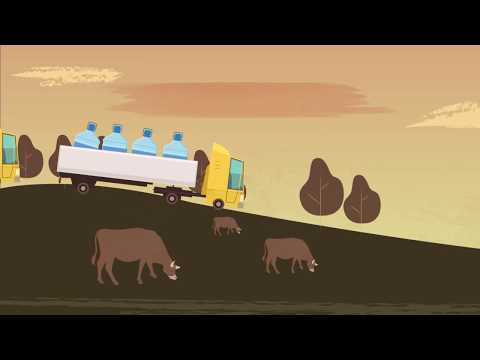